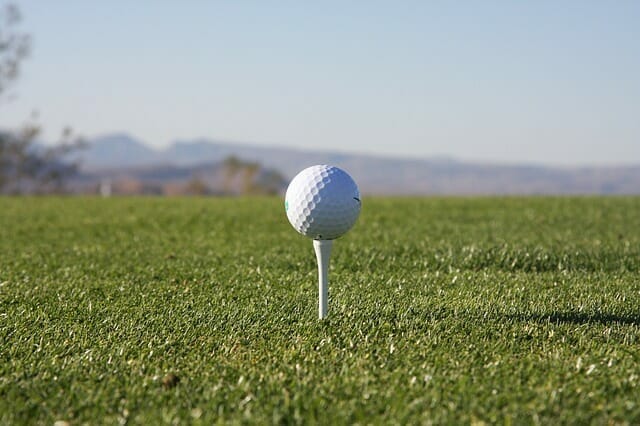 Ball makers these days are facing increasing competition from new manufacturers - each spending heavily on advertising.

Because of this, they are all promoting different features and touting their pros and cons, and as a consumer it's difficult to cut through the chaff and see the truth.

Not only this, balls are becoming more and more expensive as they become more advanced - and players are becoming demanding and very specific as to what they actually want from a ball.

How is this related to the Bridgestone E6 Soft Golf Ball you ask?

Find out below why we think the Bridgestone E6 is probably a GREAT golf ball for you!

Check Out This Product On Amazon HERE

Bridgestone is a name that has years of golf fitting data and experience to its credit: at least 300,000 launch monitor fittings and about 2 million individual golf swing measurement data.

Bridgestone E6 soft and E6 speed, replacing predecessor E5 and E7, is all about distance.

According to Bridgestone Ball Fitting data, the ball is proven to go at least 9 yards longer and 31% straighter than competitors.

Believe it or not, the E6 is directly competing with the king of golf balls, the Titleist ProV1.

As far as performance is concerned, it will surely take a little testing to make you convert!

For driver and long iron shots, the mantle of the ball counteracts the spin, creating straighter ball flight.

For approach shot, the balls are designed to provide better control of the greens due to a more controlled spin and higher ball flight.

The producers of the ball think a mantle layer is the vital part of golf balls.

The mantle helps retain shape when compressed and it is built to counteract the backspin off the driver and the reverse the force, translating it to speed.

Performance wise, ball trajectory off the tee is decent, combined with lower launch and decent roll.

The edge the e6 has over distance balls is the soft feel around the greens. The e6 compresses well off the irons and the putts are great too.

Around the greens and during putts there is very little difference in performance: where high spin balls may pop a bit more, its clearly one hop and stop for the e6.

It is the lowest driver spin balls produced by the company and done so to produce straighter distance.

In distance, the e6 balls best compare to the Wilson Duo and Volvik Vivid, for some.

The softer feel and smoother, straighter shots sets it apart from pure distance balls and makes it directly comparable to premium balls like the B330 or the ProV1.

The purpose of e6 Soft is to provide straighter distance and it does so by significantly reducing the spin.

Players with moderate swing speed will have difficulty resisting side swing and would benefit greatly from a high launch, lower spin and straight distance: this ball is the right one for them.

Who Should Try This?

Dubbed as a game improvement ball, the Bridgestone e6 is specifically for low to mid to high handicap players who want more than just greenside control.

It is also aimed at players with low to medium swing speed who can get greater compression and velocity off the driver.

According to the makers, players of such level often commit the mistake of selecting tour level balls like ProV1 and in doing so have problems controlling the ball due to the high spin.

Opting for these premium high spin balls cause them to lose more balls in the rough than playing it smooth in the fairways.

These players would rather benefit from straighter, longer distance.

The soft cover also makes sure there is some feel around the green.

The problem with high spin balls, according to Bridgestone makers, is that it will perform great when you know you can control it well.

However, if you perform slightly off, you need a ball that would still be great and fly straight. The e6 Soft is the key, targeted to those consumers who can benefit from low controlled spin.

Most golfers do not generate the speed to make the best use of a tour level ball.

If you are a more senior golfer, then you should check out our best golf balls for seniors article - we review the top 3+ balls to help improve your game.

Available in whites and yellows, and at a great price point, you better stock it up, especially if you live in warm weather countries where they are readily available.

These mid-priced high performing balls are clearly a winner of all the testing.

A great value for money, competing against popular tour level balls, the e6 Soft is perfect for mid to high handicapped players typically with swing speeds of about 90mph or less.

These are for golfers who can benefit from a ball that flies straighter, doesn’t spin on drivers and iron, provides sufficient spin on approach shots, and adequate feel around the greens.

This concludes our Bridgestone E6 Soft Golf Ball review. Check out what others are saying:

Click HERE to see reviews and prices for the BRIDGESTONE E6 SOFT on Amazon.com Today