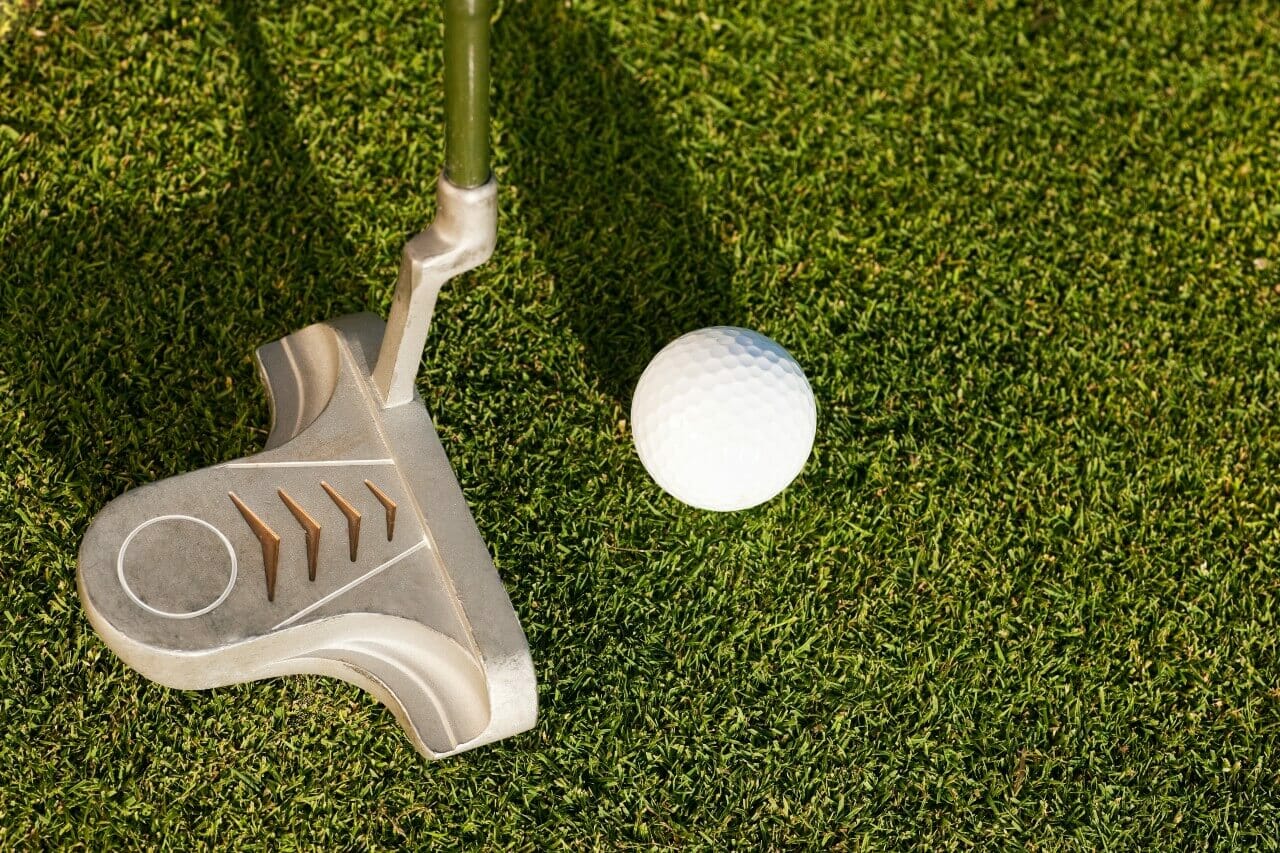 Today, we answer: what is a golf putter? The use of a putter is a common but relatively underappreciated golf accessory that has been around for centuries. There are a few different types of putters, a few different designs, and a few different materials. How a putter works is a bit complex, so we will give you a quick explanation below. Understanding putter functionality will help you choose a putter that fits your style and will help you become a better golfer.

So, what is a golf putter? A putter is a golf club specifically designed to “putt” the ball into the hole. The putter is typically used on the putting green and is often the final club used on each hole.

Don’t leave, because we dig into putter variations (I bet you didn’t know about these other types of putters), putter history, putter function, and putter-much everything you need to know about this specialty club. I’ll show myself out…

What is a Putt?

The official definition for a putt is:

“A gentle stroke that hits a golf ball across the green towards the hole”.

Because the stroke is very specific, it requires a specific golf club – the putter.

Putter Function: What is a Putter in Golf?

The main function of the putter is to get the golf ball into the hole from a short distance. The player will deliver a short, light hit to the ball with the objective being the ball will roll softly into the hole. The putter is an extremely important golf club to always have in your bag and you will rarely find a golfer who isn’t carrying one.

Though in rare instances some golfers may use a putter in other areas of the course, the putter is primarily designed to be used on the putting green (the smooth playing surface with low cut grass in the area of the golf course around the hole) when the player is in close proximity to the hole.

I’m sure at some point you’ve visited a miniature golf course. A putter is the type of club they give you to use on the course. This is the only club needed because you are generally very close to the hole and the idea is to see who can best putt the ball around the course. There are popular miniature golf locations that go by the name “Putt-Putt”.

History of the Putter

Originally, putters were called “putting cleeks”. The were usually fashioned out of woods like beech and hazel. As with anything, over time the design of the putter evolved. Iron clubheads were introduced in the 1900s. Its design continuously evolved until we got the design we have today – the shaft is now attached in a location that evenly distributes the weight of the club head, improving performance.

Putters are continuing to improve and evolve with the latest designs allowing for varying metals to be used on the club head, changing the way the golf ball reacts when it is hit.

The putter features a flat, low-profile, low-loft striking face and is distinguishable by certain other features only allowed to be present on putters such as a non-circular grip, a bent shaft and/or positional guides.

Most putters are designed with a striking face that is slightly lifted and tilted (better known in the golf world as “loft”. Loft is the angle between the shaft of the club and the face of the club. This is the aspect of the golf club that affects the way the ball is hit and the way it rolls after a hit). This allows the club to gently lift the ball out of the grass it has settled in and reduce bouncing of the ball. The goal is a smooth, gliding roll to the hole.

The putter is the only club that is allowed to have a bent shaft in its design. This allows the golfer to be able to have a better feel of where they are in relation to the ball.  When a golf player reaches the putting portion of the course, being precise and accurate is extremely important. Having a bent shaft can aid in accuracy and give the golfer some advantage. The bent shaft allows the face of the clubhead to be directly in line with the center of the ball, which improves stability.

Variations of the Putter

Putters are made with longer shaft lengths and grips in a effort to reduce the random movements a player may make with his or her body. Simply speaking, a player needs to be able to bend and move while making a put, but not so much that an involuntary movement that it will affect the putt.

Interestingly, some players are plagued with what is referred to as the “yips”. “Yips” are small, nervous, uncontrollable motions made by the player’s hands, wrists, elbows, shoulders or knees that affect the trajectory of the ball. This is one of the reasons putters are designed with longer shafts: sudden movements are less likely to affect the putt.

Typically, putters are equipped with a shaft that measures somewhere between 32 inches and 35 inches.

Finally, there is also what’s called a long putter. The long putter is the longest putter available and can be anchored to the player’s chest or chin to reduce the impact other joints may have on the putt.

There has been some debate on the advantages the anchoring method may give to a player. Views have differed, but ultimately, the rules were changed in 2016. Under current guidelines, the rules of golf prohibits players from anchoring any kind of club against their bodies in any way.

Fetch mallet – the fetch mallet is a specially designed putter that is used to not only putt the golf ball, but it also can be used to retrieve the golf ball from the cup once it has dropped into the hole.

Conclusion: What is a Golf Putter Used for?

The putter is a very straightforward golf club. It will usually be the last club a golf player uses at each hole. While putter designs may vary slightly, they all carry one specific purpose on the golf course, which is the goal of every golf player – delivering the ball to the hole!