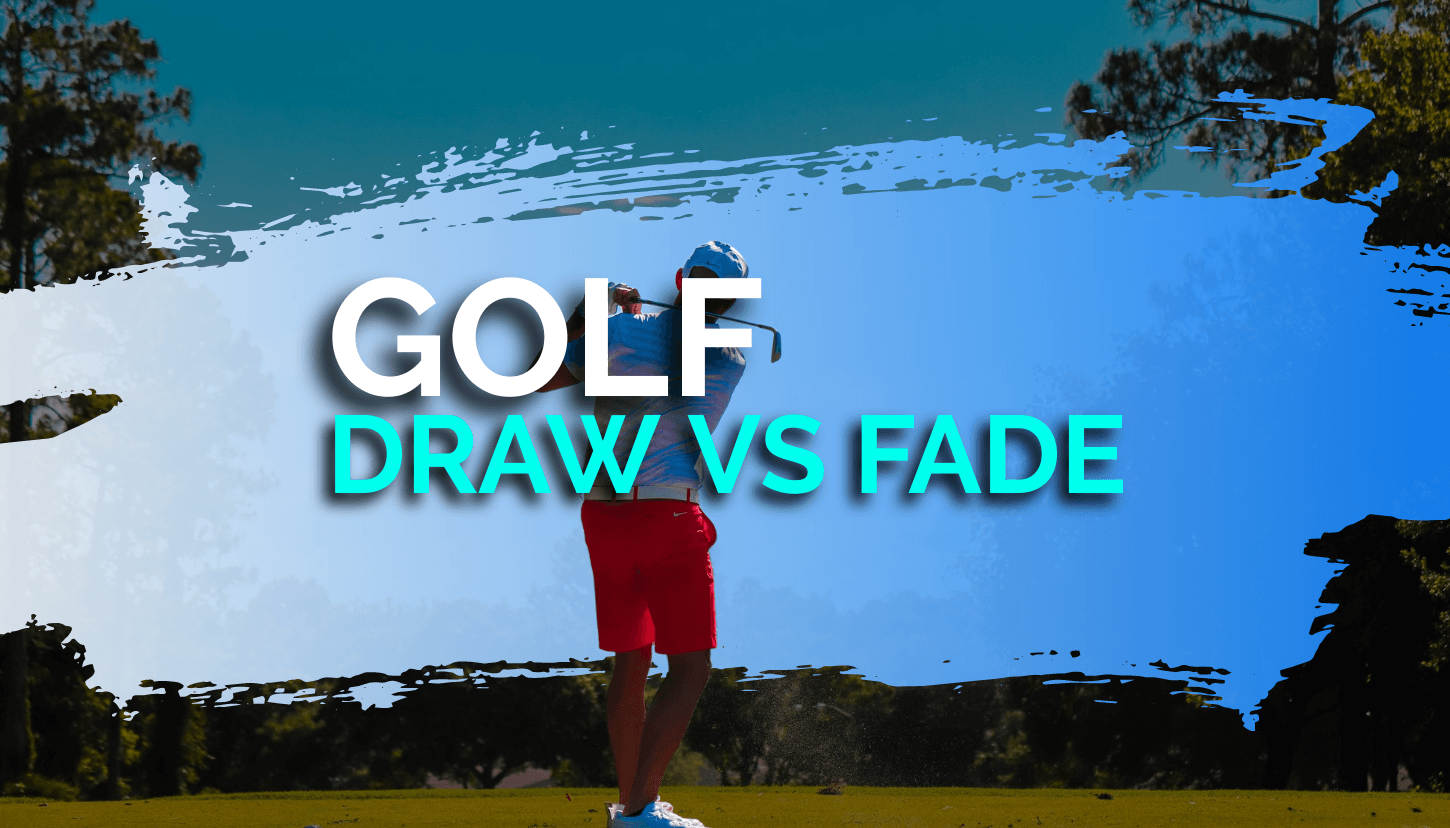 Consistently hitting perfectly straight shots is neither possible nor necessarily the right course of action for a successful game. Some level of curvature in the ball’s trajectory can help golfers of all handicap levels achieve consistently low scores. That’s where draws and fades come in (and the Honest Golfers guide to golf draw vs fade has all the information you need).

The main difference between a golf draw and golf fade is: A draw is a golf shot that curves slightly to the left, while a fade is a shot that deviates to the right. For left-handed golfers, the opposite is true. Either way, learning how to perfect a draw or fade can help you improve your game, as straight shots, though impressive, aren’t always enough.

If you’re feeling overwhelmed trying to remember which orientation is which, just keep in mind that the trajectory of a draw moves inward in relation to the golfer while that of a fade moves away.

If you’re still struggling to grasp these concepts, don’t worry – below, I’ll go over everything you need to know about these two golf shots, including their similarities and differences. So, what are you waiting for?!

The Differences Between a Draw and a Fade in Golf

You already know that a draw and a fade differ, first and foremost, in orientation. However, that’s far from the only quality that can help you differentiate between the two shots. For example, each has its own spin rate, normal ball speed, and launch angle, which is why telling them apart is easier than you’d think.

Many believe that draws usually outdistance fades; however…

I don’t recommend relying on that cue alone, as it sometimes proves to be inaccurate. Instead, keep each shot’s qualities (which I’ll be discussing below) in mind if you want to expertly tell them apart.

Before we move on, I want to note that it’s important not to confuse a draw or a fade with a hook or a slice. The latter tend to be far more aggressive and off-center and are usually more common among players of higher handicap levels.

Keep in mind that throughout this article, I’ll be discussing these shots from the point of view of a right-handed player. If you’re left-handed, switch “right” to “left” and vice versa as you read through the rest of this article for the information to be relevant to you. With that out of the way, let’s dive into the specifics of draws and fades.

What’s a Draw in Golf?

A draw is a golf shot that creates a ball trajectory that curves slightly to the left. In other words, when a golfer hits a draw, you’ll see the ball go from the inside out, regardless of the player’s hand orientation.

Draws usually create a controlled trajectory that’s even actively sought by many professional golfers. However, the wrong angle or too much force can easily turn a draw into a hook, so close attention must be devoted to a curved shot like this in order for it to be right.

You might be wondering: “If curving your ball presents such a challenge, why would golfers attempt it in the first place? After all, isn’t a ruler-straight shot the ultimate goal of any player?”.

The answers to these questions are: “it depends” and not “necessarily.”

Draws can prove to be invaluable when you’re trying to reach dogleg holes, for example, as they allow you to put your tee shot in a more convenient position. So, as long as you get the tempo right, there’s no reason why you shouldn’t add a draw to your golfer’s arsenal.

However, be careful to stay away from excessive sidespin, as it can prove to be pretty problematic. What you’ll want to do instead is aim the clubface at the ball, keeping it slightly open (slightly is the operative word here). As you close your body, you can then swing along the path you’ve created, ensuring to apply consistent force.

Another cue that can help you when it comes to hitting a draw is to place the ball slightly back and try swinging as you normally would. From then, you can tweak your stance or the positioning of the ball to find out what works best for you.

A draw can help you reach distances that a fade often can’t, so if you’re not familiar with it yet, I highly recommend starting to train now. The shot can come in handy, especially if you’re playing on open courses, where keeping the ball closer to the ground can prove to be extremely helpful in keeping your score as low as possible.

While some golfers are able to draw without much effort, that’s rare, as most of us feel more comfortable fading than drawing. This is why I want to reiterate the importance of practicing this type of shot, even if it doesn’t seem to come naturally to you.

What’s a Fade in Golf?

A fade is a golf shot that creates a ball flight that curves slightly to the right. It’s a common shot to see even in professional games, as many players naturally rely on it to create the hits they want.

There’s a specific type of swing that creates a fade. That’s a swing that takes the club’s face from the outside in. When golfers leave their clubs slightly open (relative to the swing path), they’re usually aiming for a fade. However, care and precision are of the essence here, as an angle that’s off even by a few degrees can turn a fade into a slice.

To hit a fade, you’ll want to keep the clubface slightly closed upon contact, as that angle leads to the creation of that right-leaning trajectory you’re after. In other words, a fade will look like a shot that starts outward and then goes in, regardless of the hand orientation of the player hitting it.

While the shot usually comes naturally to most players, it can sometimes take years of hard work to perfect, so don’t feel disheartened if you can’t get it right away.

I assure you that the effort is worth it because a fade is a valuable part of every golfer’s arsenal. It provides a level of control and consistency over the game that can’t be found in any other type of shot. So if you’re not yet familiar with a draw, start practicing right away.

However, make sure to keep the angle just open enough, as you don’t want to prompt a slice. You want to always keep your body somewhat open relative to the ball, and the straight line created between your toes should point left of the ball.

Then, keeping the club pointed at a very slight angle, you can swing using consistent force so as not to send the ball spinning too much.

Since fades are usually simpler to control than draws, they make for one of the most reliable shots in your golfer’s arsenal, so getting them right can make or break your entire performance.

While you probably won’t be able to reach the types of distances you would with a draw (in a fade, the ball tends to spin a bit more), the higher trajectory works excellently when it comes to achieving the right land angle.

Learning more about draws and fades, their differences, similarities, and how to properly execute them can take you a long way in terms of your golfing abilities. The shot you’ll favor will depend on your preferences and circumstances; however, one thing’s for sure – you can’t reach lower handicap levels without learning how to perform both of them first.

Hopefully, this article gave you a theoretical base upon which you can build your practical skills. And remember, draws and fades that turn and spin too much can quickly become hooks and slices, so precision is of the essence.