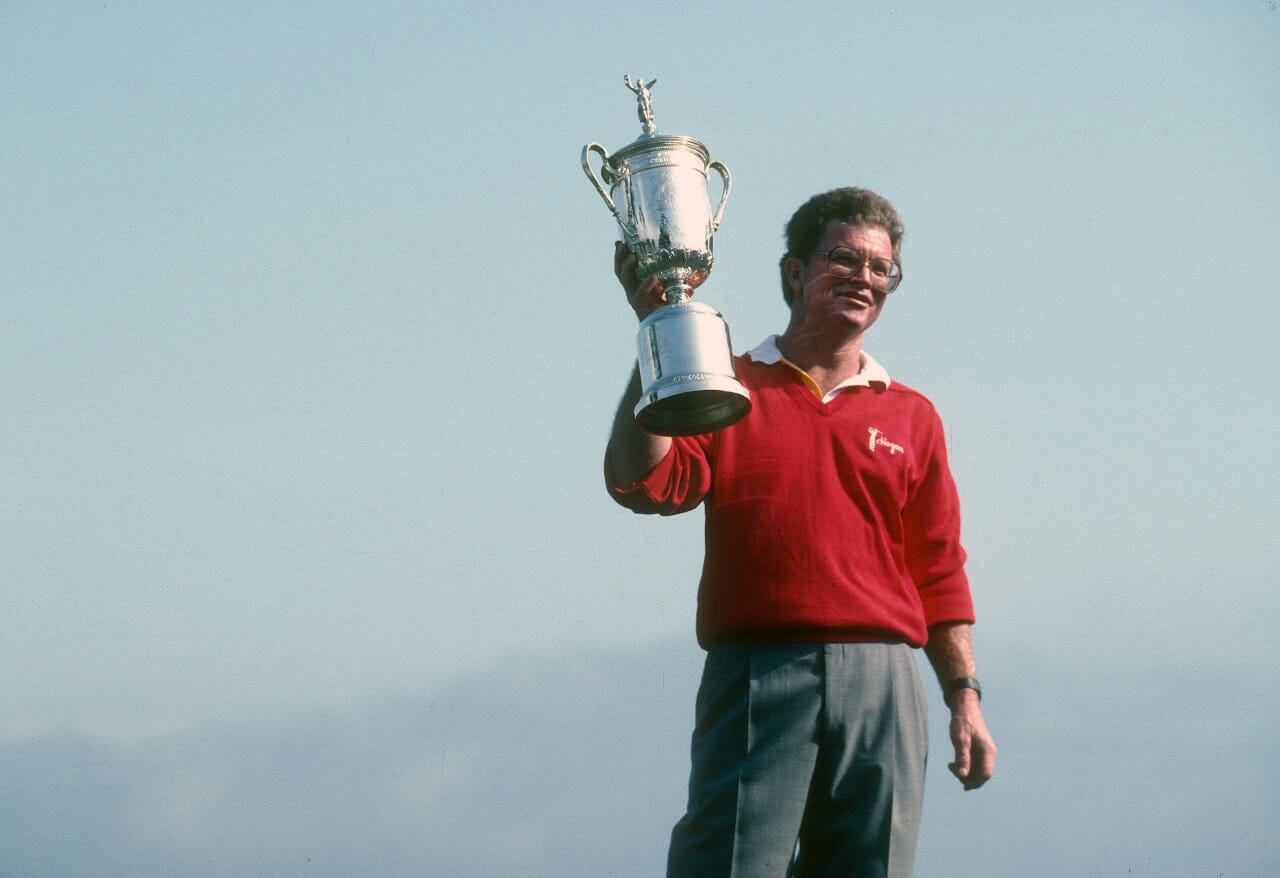 There are a plethora of terms used in golf. If you’re new to golf and hear a term such as “eagle,” you might be scratching your head. What is an eagle in golf, and is it something you should strive for?

What is an eagle in golf? An eagle in golf is a score that is achieved when you are 2-under par. For example, you need to do it in one stroke to score an “eagle” on a par-3 hole and two strokes on a par-4 hole. An eagle is a good indicator of advanced gameplay and is typically not achieved until the professional level.

An eagle in golf is one of the most desired scores, but what is it exactly? If you want to learn more about what an eagle means in golf, keep reading. This article will explore the definition of an eagle in golf, how to score one, and why you should try it.

What is a Golf Eagle?

A golf eagle is a specific type of shot that is scored with a 2-under par. It can be achieved on a single hole or every hole in the game, although unlikely. Following the 2-under par rule, an eagle is performed like this:

Essentially, you will take the par number (3-6, most commonly) and subtract it by two. This creates the 2-under par rule for hitting an “eagle” shot in golf.

Ultimately, performing eagle shots during a game of golf will lower your score significantly. It could mean the difference between losing the game or being the reigning champ by stomping your competition.

How Common is an Eagle Shot in Golf?

As you may assume, an eagle shot in golf is not incredibly common as it takes mastery of maneuvering and gameplay. It is more often seen in professional gameplay.

Don’t let this discourage you, though. Eagle shots can be achieved while playing golf. However, you might want to practice on holes with a higher par, such as 5-par or 6-par. This will allow a bit more “wiggle room” for mistakes, giving you a closer “shot” at an eagle “shot.”

While it may take some time to learn how to score an eagle shot, it will seriously enhance your gameplay and lead to more wins.

Why is it Called an Eagle Shot?

There is no definitive history for the term “eagle” in golf. However, it’s not unheard of to link the terms “birdie” and “eagle” together. When the term birdie was developed in the 19th century, it referred to something “cool” or with a “wow factor.”

From there, we can assume that “eagle” was simply used to mean even cooler. If “birdie” meant wow, then “eagle” would mean absolutely incredible. And that’s essentially what an eagle is – a stunning strike in golf.

On Which Par is an Eagle Shot Most Common?

An eagle shot is most commonly made on a 5-par. Why? There are a few reasons, actually.

With more abilities for gameplay and an ideal setting for success, a 5-par is somewhere that beginners should consider making an eagle shot. Here is an excellent video showcasing how Rickie Fowler sets up his eagle shot on a 5-par:

Considering that someone can successfully score an eagle on a 5-par, there is reason to believe that a 6-par is also accessible for beginners and novice golfers alike. Shooting an eagle on a 6-par allows for an extra stroke, which is highly beneficial – especially when first starting in the world of golf.

How to Get an Eagle Shot on Shorter Holes

While it is much easier to score an eagle shot on a 5-par or 6-par, it doesn’t mean that scoring an eagle on a 3-par or 4-par is impossible. Here are a few tips to help you be more successful.

What is a Double Eagle in Golf?

There is also a term in golf known as the “double eagle”. And as you may think, it is similar to the regular single “eagle” shot. Another name for the double eagle is an albatross. To achieve an albatross, you will need to shoot three shots below the hole.

A double eagle is significantly less common than a single eagle. That’s because you have to play on a 4-par, 5-par, or 6-par. To achieve a double eagle, you will need to do the following:

While a double eagle is not common, it is not impossible, either. However, a double eagle is far more common in professional golfing. For example, this video showcases the ten best double eagle shots in the PGA – not something you would see at your local golf course.

What About a Condor?

It doesn’t stop at the double eagle. You can also go a step further and achieve a triple eagle, otherwise referred to as a “condor”. When it comes to the term “condor” in golf, it essentially refers to scoring four under on a hole. That said, a condor is only viable on a 5-par or 6-par hole.

A condor shot is one of the least likely scores in golf, although some people achieve it. To score a condor, you would have to make a hole in one of the 4-pars or score in just two strokes on a 6-par. Needless to say, this isn’t something that happens often, and while you can strive for it, you may want to start at a single eagle shot.

Conclusion: What is an Eagle in Golf?

An eagle shot is certainly something that every golfer should strive for. It is an incredibly impressive stroke in golf and means 2-under par. The number of strokes will change depending on the amount of par. For example, a 6-par eagle shot can have up to four strokes, while a 3-par will allow for only one stroke.

While it is a rather difficult stroke to achieve, learning an eagle shot can enhance gameplay. So much so that it can ultimately lead to more wins as you trounce your competitors with a lower score.

Now, you successfully know what a golf eagle is and how it can up your game and lead you to the win. If you still have questions about what an eagle is in golf, check out these frequently asked questions below.

In golf terms, an “eagle” refers to a specific type of shot that is 2-under the par. To figure out how to score an eagle, you will need to take the number of par (five, for example) and subtract it by two. If it’s a 5-par, an eagle would consist of three strokes.

What are a birdie, a bogey, and an eagle?

Now that you are learning about the term “eagle” in golf, you might be curious about other popular terms such as “birdie” and “bogey.” Well, a birdie refers to 1-under par (rather than the eagle, which is 2-under). A bogey is a 1-over par.

How many hits is an eagle in golf?

When you score a birdie in golf, you are striking 1-under par. So, if you are shooting on a 3-par hole, you will have two shots to make it into the hole.

What is an ostrich in golf?

Ostrich is another term used in golf. It can only be achieved when playing on a 6-par hole. That’s because ostrich refers to someone that strikes 5-under. So, since ostrich refers to five under, the only associated par acceptable is a 6-par.