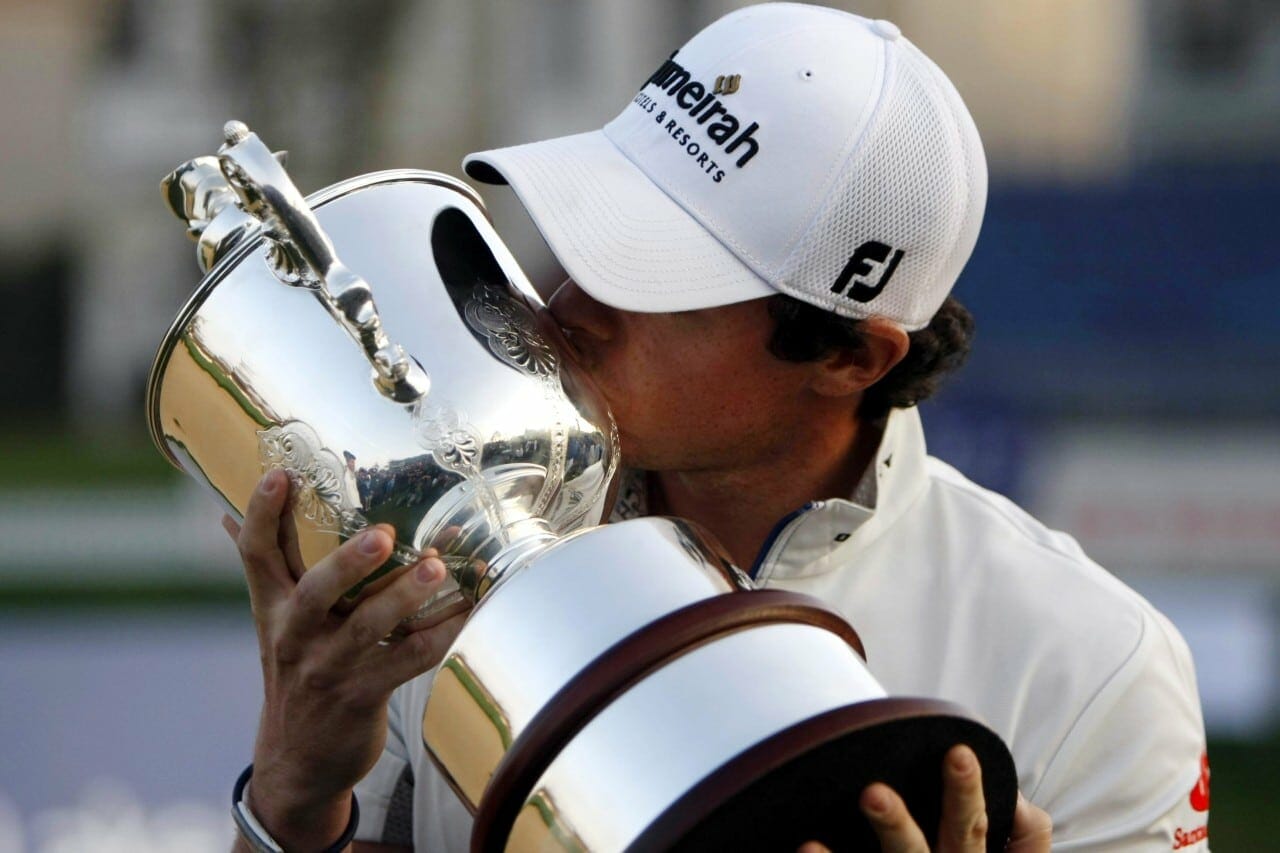 If you are a casual golf fan or even just a casual sports observer you’ve probably heard of the term “golf major”. What is a golf major, anyway? I mean…you can tell from the title that a golf major is something important in the sport, and an event that fans ranging from the professional golfer to a casual observer keep tabs on.

What is a golf major? A golf major is one of four golf events in which the best players from around the world come to compete. A player’s career is often defined by how successful he is in a major.

If you’re interested in reading more about why golf majors are so important to players, and a little bit of the history of each major, read on!

A hallmark of any sport and profession in general is the presence of events that can boost someone’s career and lead to more opportunities in both income and prestige. Similar to the Super Bowl in the NFL, a golf major is a significant stepping stone in advancing a golfer’s career.

The first golf majors consisted of The Open, The Amateur Championship, the U.S. Open, and the U.S. Amateur.

However, in 1934 the Masters Tournament was introduced in the U.S., and through the 1950s and 1960s the majority of golf observers considered The Masters, The Open Championship, the U.S. Open, and PGA Championship the only four golf majors.

The great Arnold Palmer is often credited with solidifying this definition of what constitutes a golf major around 1960. Palmer stated that if he were to win the last two major tournaments of the year (the Open Championship and PGA Championship) he would complete a “Grand Slam of Golf.”

The term “Grand Slam” is a term still used today and refers to a golfer winning all four major tournaments in a single season.

Golf majors are operated by independent institutions, with three of the four taking place in the U.S, with The Open Championship being played overseas.

The first reward for winning a major is the prize money. Although not the highest paying events in all of golf, a major win comes with millions of dollars in prize money. Perhaps even more significantly are the endorsements that a major winner will almost immediately be offered.

Indeed, many golfers have stated that the amount of money earned from endorsements after their first major win far exceeded the amount from the win itself.

Professional golfers who win a major are also offered a five year exemption from having to qualify for future majors. This offers a significant amount of stability in a fairly unpredictable sport that has competition from rivals from all over the world.

The Masters is a golf major held yearly at the Augusta National Club in Augusta, Georgia. The Masters is unique among the four majors in that it is played at the same course each year. The tournament is also the first major played each year, usually beginning the first week of April.

The Masters is also famous for having a relatively small field of participants, and not allowing alternates for any golfer who can’t play due to injury or extenuating circumstances. Former champions have a lifetime invitation to compete at succeeding Masters tournaments.

Finally, the most iconic aspect of the Masters is the awarding of “The Green Jacket.” Each year the champion is awarded this jacket by the previous year’s champion in a ceremony featuring other Masters winners.

The Open Championship or simply “The Open,” is the year’s only major not played in the U.S.  The Open is the world’s oldest professional golf tournament and is played on a links course. It is famous (or perhaps infamous, depending on whom you ask) for allowing weather to often play a major part in the tournament’s outcome.

In 2015 play was delayed due to inclement weather, and often the leader after the first two days can find themselves at the bottom of the leaderboard at the end of the tournament due to the unpredictability of the event.

The Open is held at one of nine different courses in the United Kingdom, and some consider it the “purest” of the four majors as it takes place close to the birthplace of golf, Scotland.

Similar to the Masters, past winners of the Open are exempt from having to qualify for the tournament each year.  Further, the Open has qualifying tournaments around the world, and top ranked players and amateurs are invited.

The winner of the Open gets his name inscribed on the bottom of the Claret Jug in addition to the trophy and prize money.  The purse for the last Open Championship played was $12 million, with $2.05 million going to the winner.

The U.S. Open is played at the beginning of June and on a different course each year.  It is the third major of the calendar year, and played in mid-June.

Similar to the other majors on our list, the U.S. Open has it’s own features that make it unique. It is often considered the most difficult of the majors to play in terms of course difficulty.

Most tournaments are played on par-72 courses (meaning that the player must shoot under 72 strokes for the round in order to achieve an “under par” score).

However, the U.S. Open is almost always played on a more difficult course.  It’s no surprise that winners of the tournament rarely, if ever, have a course significantly under par.  For example, in 2012, 2013, and 2018, the tournament winner finished with a score that was actually over part instead of under.

Qualifying for the U.S. Open also differs from other majors.  Unlike the Masters, which is invite only, anyone regardless of gender may qualify for the tournament provided they meet the qualification standards set.  About half of the field enters the tournament through its two day qualifying event.

Although no female has qualified for the tournament as of 2021, Michelle Wie made the second round of qualifying in 2006.  The purse of the U.S. open is the largest among the four majors, totaling around $12.5 million, with approximately $2.25 million going to the winner in 2021.

The PGA Championship is the only major that is exclusively for professional golfers. The tournament is normally played in the eastern U.S. although the 2020 version was played on the west coast.  As of 2019, the PGA Championship is played the weekend before Memorial Day, a change from the previous date of mid-August.

The top 100 players in the world are invited, as well as winners of other professional tournaments. The tournament also reserves twenty spots for club professionals.

Similar to the other majors, the purse of the PGA Championship is significant. The 2021 winner, Phil Mickelson, received $2.16 million of the $12 million purse. In addition to the prize money, Mickelson took home the Wanamaker Trophy.

In addition the 2021 PGA Champion will enjoy exemptions into the year’s other three majors  as well as the Players Championship, for the next five years.

Would it surprise you to know that the term “Grand Slam” isn’t exclusive to tennis and baseball?

Although its use isn’t as prevalent as in those sports, golfers refer to the “Grand Slam” as winning all four majors in the same calendar year.

There are also variations such as the Career Grand Slam and the Tiger Slam (winning all four majors consecutively, although not in the same calendar year). Bobby Jones is the only golfer in history to have won four majors in a calendar year.

As you can see, completing a Career Grand Slam lands you in exceptionally elite company as a golfer.

Golf Majors Characteristics: A League of Their Own

There are many professional golf tournaments played each year, but what separates the four majors from lesser known tournaments are a few key characteristics:

Conclusion: What is a Major in Golf?

A major in golf is one of four golf events in which the best players from around the world compete. The 4 golf majors are:

Each major has unique qualifying criteria and prizes awarded. A golfer’s career is often defined by how successful he or she is in Golf Majors.

As you can see, golf majors are the most prestigious events in the world of golf. Hopefully this short guide helps you enjoy the next major you find yourself watching!