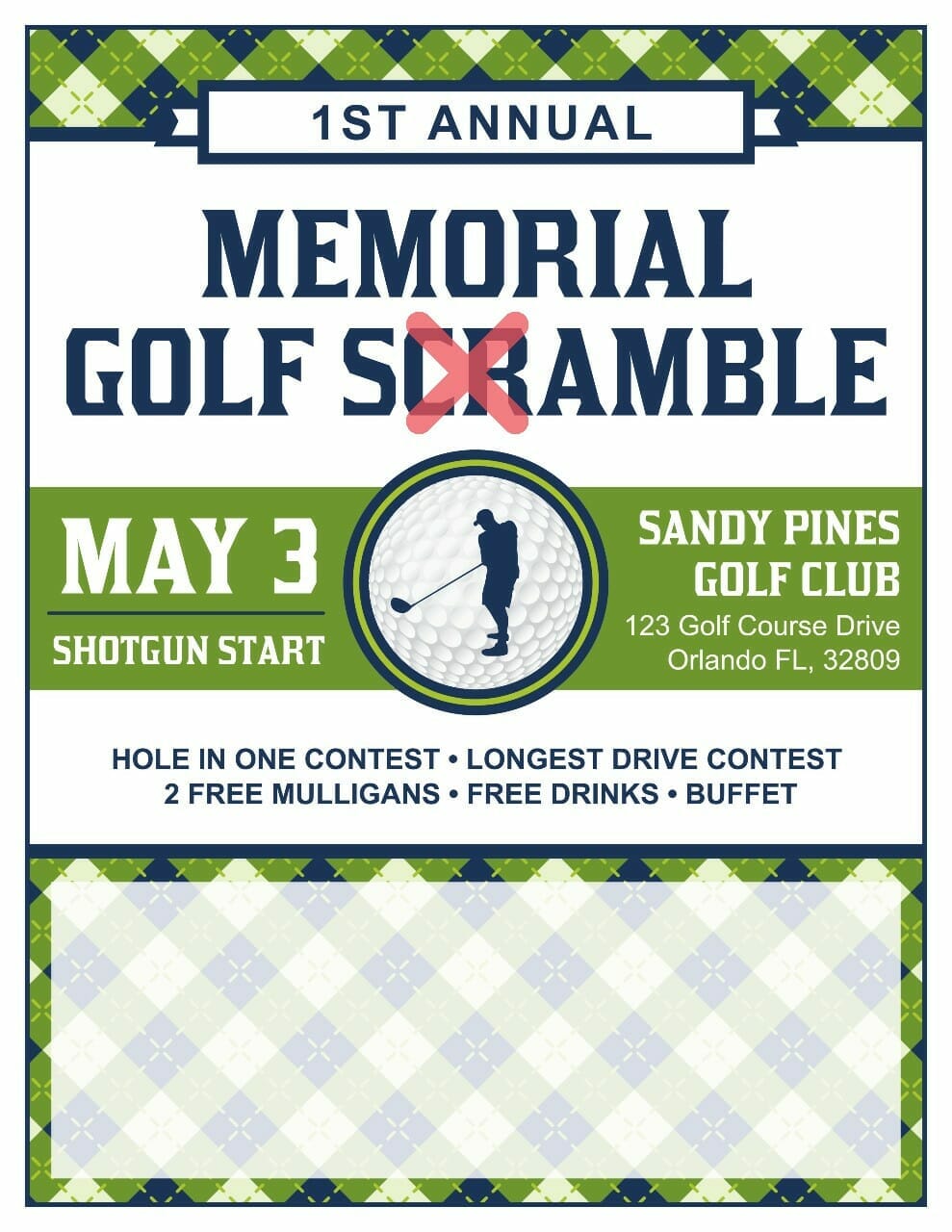 “The tournament will be a 4-man shamble, shotgun start at 1:00 PM.” What is a golf shamble? Is it a misspelling of a golf “scramble”?! For those regular golfers who frequently play various tournaments, that may be a very clear cut description. If you only find yourself playing a few rounds of golf annually, along with a charity tournament here and there, that same statement could warrant some questions and excess confusion to the overall tournament format.

What is a golf shamble? A shamble is a golf tournament format that consists of teams of two to four and is a hybrid version of the scramble, commonly referred to as a captain’s choice tournament. Though the titles carry a very close spelling, the overall format is quite different and can dramatically change the outcome of tournament.

While either term can be very easily confused for one another, the shamble will reward a more skilled team, giving a new definition to “shooting low”. Let’s dig deeper into a golf shamble, a scramble, and differences between the two.

Ok, will it be a scramble or a shamble?

In either format, each hole starts the exact same way. All four players tee it up and try to get the ball in play or close to the pin on a par 3.

If you have a long driver on your team, you may want to let a player with better accuracy get one in the fairway to make way for the big guns, “let the big dog eat!”.

After the first shot, the difference between two commonly used formats becomes apparent.

In a scramble (captain’s choice) tournament, all players hit a tee shot and then take the best shot of the four. From there, all four players continue to hit from the preferred location until the ball is holed out.

Unlike a scramble, a shamble format  requires all four players to hit from the second location but then continue to hit their own ball until each player holes out. After the completion of the hole, the best score of the four players is recorded and used for the competition.

While similar in titles, a shamble golf tournament is another excellent format for players of various handicaps to enjoy the game.

One advantage of a shamble is to allow for all players on a team to individually play the round (or somewhat individually).

In some scenarios, a charity golf tournament is played at a nice golf course in which some participants don’t typically have the access to play.

While captain’s choice tournaments are fun for the entire team, some players may want to test their individual game against the given track. While a shamble gives a sense of individuality, players also get the luxury of choosing the best tee shot and then playing their own ball from there on out. Us weekend warriors need all the help we can get!

From a competitive standpoint, a shamble will reward a team who has a deeper bench, or at least one low handicapper who can carry the entire team.

Following the tee shot, a shamble demands consistent and accurate play from the second shot until the ball is holed, challenging the short game. In comparison, a scramble has some area for mis-shots and/or 2-4 reads on all putts.

In contrast to increased competition, a shamble may not be as attractive to high handicap players or those who only play once or twice annually for that inaugural  charity golf tournament.

Various golf outings are meant to be fun for all levels of skill and a shamble can lead to some golfers not feeling like they are contributing to the overall performance and results of the team.

To prevent this and gain a sense of fairness, a shamble should be played using player’s full handicaps to level the playing field. In addition to handicaps, the director of the golf tournament can also change the format to take the lowest two scores vs. just one.

While the scramble (Captain’s choice) is by far the most commonly used format for charity and corporate golf tournaments, the shamble can bring a new level of excitement and challenge vs. run of the mill outings.

Outside of allowing players to not scratch their head thinking, “How is that score even possible?”, the shamble can really reward a well rounded team.

So the next time you are planning that annual golf tournament, make it interesting, make it a shamble!