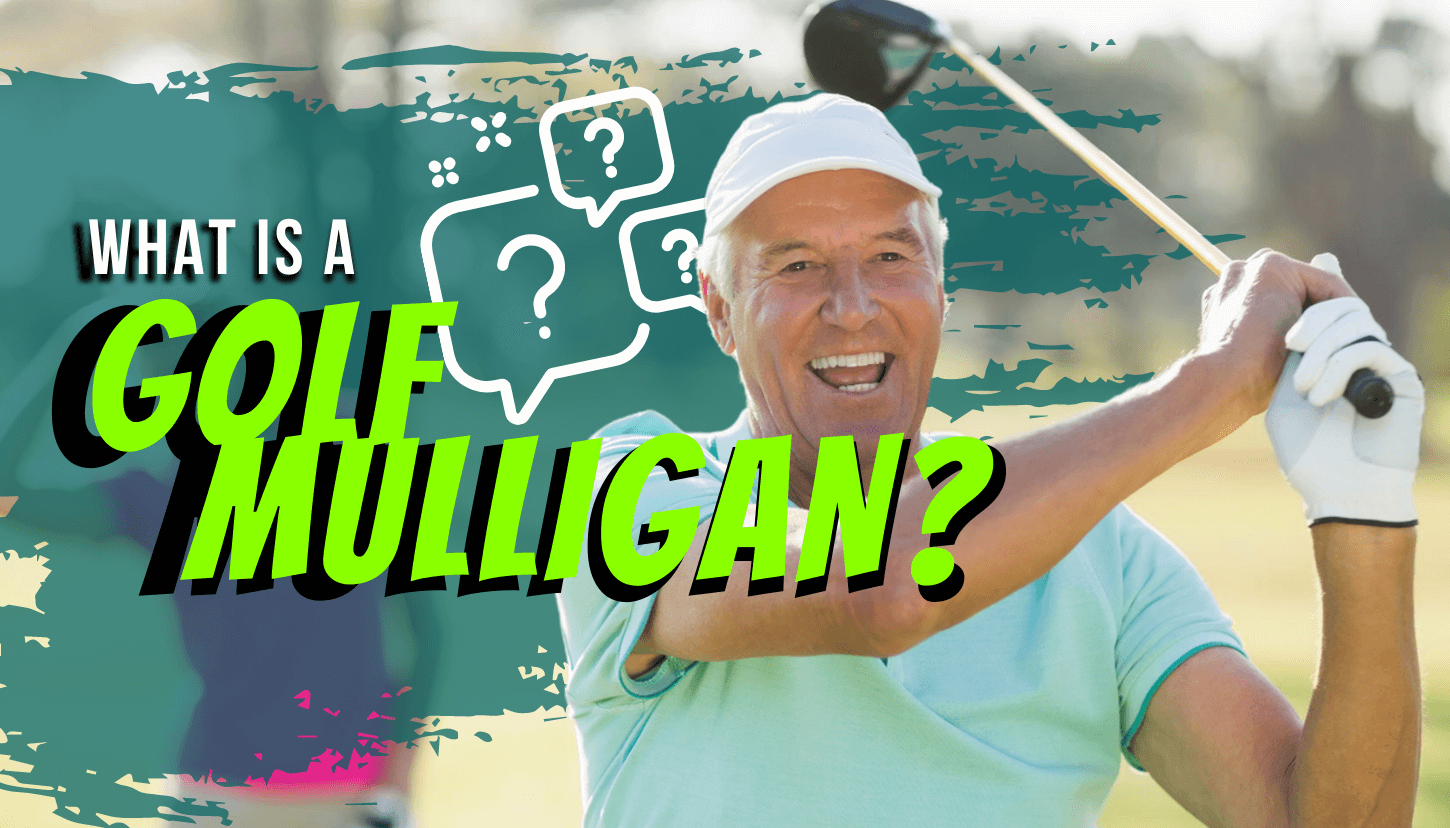 Indeed, golf is a very popular game, and its popularity worldwide translates to a broader lexicon. Some of the words used are easy and popular. Others are rarely used, and many people struggle with their meanings.

One such golf word that may confuse beginner golfers and passive fans is mulligan. If you’re just starting out in golf, chances exist that you don’t know this word or what the concept represents. To help, this article attempts to cover everything you should know about the concept.

What is a golf mulligan? A golf mulligan is a stroke a golfer plays from the same spot where they hit their previous stroke, looking to re-do their last shot without conceding a penalty. It is a second chance to perform an action, usually, after the initial attempt went wrong through a blunder or bad luck.

The result of a golf mulligan is that the hole is played and scored as if the previous shot was never played. As a golfer, you must understand that there are strict rules disallowing this practice in formal plays, and players can get disqualified from sanctioned competitions for attempting it or agreeing to let it happen.

However, golfers can adopt the concept in their casual play. In fact, it speeds play by reducing the time used to search for lost balls and increases how players enjoy the game.

History of The Term Mulligan in Golf

The internet is littered with a number of different theories about how the term mulligan was coined. However, most of them focus on two central characters named Mulligan.

No one knows for sure which of these stories is true, but they’ve become so popular and can’t be far from the truth. We’ll try to summarize the different stories, starting with the story of David Bernard Mulligan, a Canadian amateur golfer, and hotelier whom many people believe to have popularized the term in the early 1920s.

One day, while Mulligan was playing recreational golf, he hit a poor drive off the first tee. In a bid to correct his mistake, he simply teed again and hit another ball. He turned and told his playing partners, who were visibly amused, that his second shot was a “correction shot.” This correction shot soon became popular and was renamed a golf mulligan.

This theory focused on the fact that Mulligan had a bumpy ride to a Montreal course. The drive was so rough that it left Mulligan shaken even when he made his first tee. Thus, his playing partners allowed him to take a second shot.

The third story finds a way to blend the first two. It focuses on how Mulligan showed up late on the course one day and was too in a rush to take the first shot. The rush meant that he needed to hit another shot. Thus, the birth of the term mulligan in golf.

Mulligan himself seemed to confirm these stories in a 1952 interview with Don Mackintosh.

“One day, while I was playing with three of my friends – I hit an almost accurate ball off the first tee that was long enough but not as straight as I would have wanted. I got so provoked with myself that I put another ball down on impulse. The other three players looked at me with bewilderment, and one asked what I was doing. Without thinking, I quickly replied that I was taking a correction shot which I called a mulligan. From then, people began to seek an extra free shot on their first tee, and it soon became an unwritten rule in golf.”

Another famous story making the rounds is that of John A. “Buddy” Mulligan, who served as a locker room attendant at Essex Fells Country Club in New Jersey in the early 1930s.

One day, some players persuaded Mulligan to join their game. Since he’s been working all day, Mulligan was mentally prepared to play, and the price was a poor opening tee shot.

Legends have it that he asked his playing partners to give him a do-over since they had been practicing all morning and he hadn’t. They agreed, and the story spread so quickly that other members adopted it for their games.

The Right and Wrong Time to Ask For a Mulligan

A good time to allow a mulligan is when a golfer drives his tee shot off the first tee out of bounds.

Undoubtedly, many golfers confess that a mulligan typically increases the game’s fun. But allowing too many mulligans in one game can also become counterproductive, making the game less enjoyable for competition-driven players.

Over time, golfers have developed different alternatives to a mulligan. If you and your group agree for mulligans to be part of your game, you’ll need to clarify which alternative of mulligan applies. Here’s a brief review of some of the mulligan alternatives:

There are many different ways to add fun to using a mulligan in a round of golf. One such is to place your golf mulligan excuse card in your back pocket. When choosing which mulligan alternative to employing, rip the card off your pocket and wave it in the air to amuse other players.

When to Take a Mulligan

As a new golfer or a golfer with high handicaps, you’ll often find yourself struggling to keep your ball in play when you hit off your tee. That shouldn’t surprise you or get you worried. After all, there are several reasons behind this.

First, it could be because of how hard it is for a driver to hit straight. Let’s face it; every golfer can hit a hook or a slice with their driver, but these misplaced shots are more popular with the less skilled golfers. A nasty hook or slice will often shoot your tee out of bounds, and that’s not a great way to start a hole for anybody.

Many golfers complain that the tee shot is typically more stressful than subsequent shots. Your tee shot is one of your most essential shots because it sets the tone for the rest of your play. Besides, you’ll have other group members watching you closely, so you want to get off the best start on the hold.

The above reasons are more than enough to prove that your tee shots are the best time to use a mulligan. However, there are times when golfers occasionally take mulligans for long shots following their tee shots. However, we generally advise against taking a mulligan close to your green.

Inquire What Your Group Feels About a Mulligan

The first step to taking a mulligan is inquiring from your group what they think about it. If they don’t mind, you can go ahead with it. This shouldn’t be a problem because they’ll mostly suggest the option.

You’re expected to offer a mulligan to other players during casual plays when they hit poor shots. This way, they won’t need to ask for it themselves. On the other hand, if you’re playing a competitive game, you should know not to ask for a mulligan or even suggest it to anyone.

How Many Mulligans Can Golfers Take?

Typically, players cannot take more than one mulligan per round, irrespective of how casual the game is.

However, the group can agree to take more than one. As long as there’s this agreement before the start of the game, then it’s binding. Many people prefer their games without more than one mulligan because it slows the game’s pace.

If you continually allow one person to take more than one shot, you can expect the golf rounds to get unnecessarily elongated. So, despite the fun associated with playing unlimited mulligans, players will need to exercise some restraint if they want to play at a faster pace.

Playing too many mulligans in one round would often make the round look more like a practice session than an actual play.

Conclusion: What is a Mulligan in Golf?

Like many other concepts in golf, the rules of mulligan can seem confusing sometimes. Beyond knowing what a mulligan is, it’s important to also know the rules and when to try it. Fortunately, there’s so much online information to verify its correct usage. The fun of using a mulligan can be significantly hampered if you overdo it.

So, you and your team must practice moderation. Bear in mind that most competition organizers won’t accept this, so you shouldn’t depend on taking a mulligan when you square up for your tee shot.