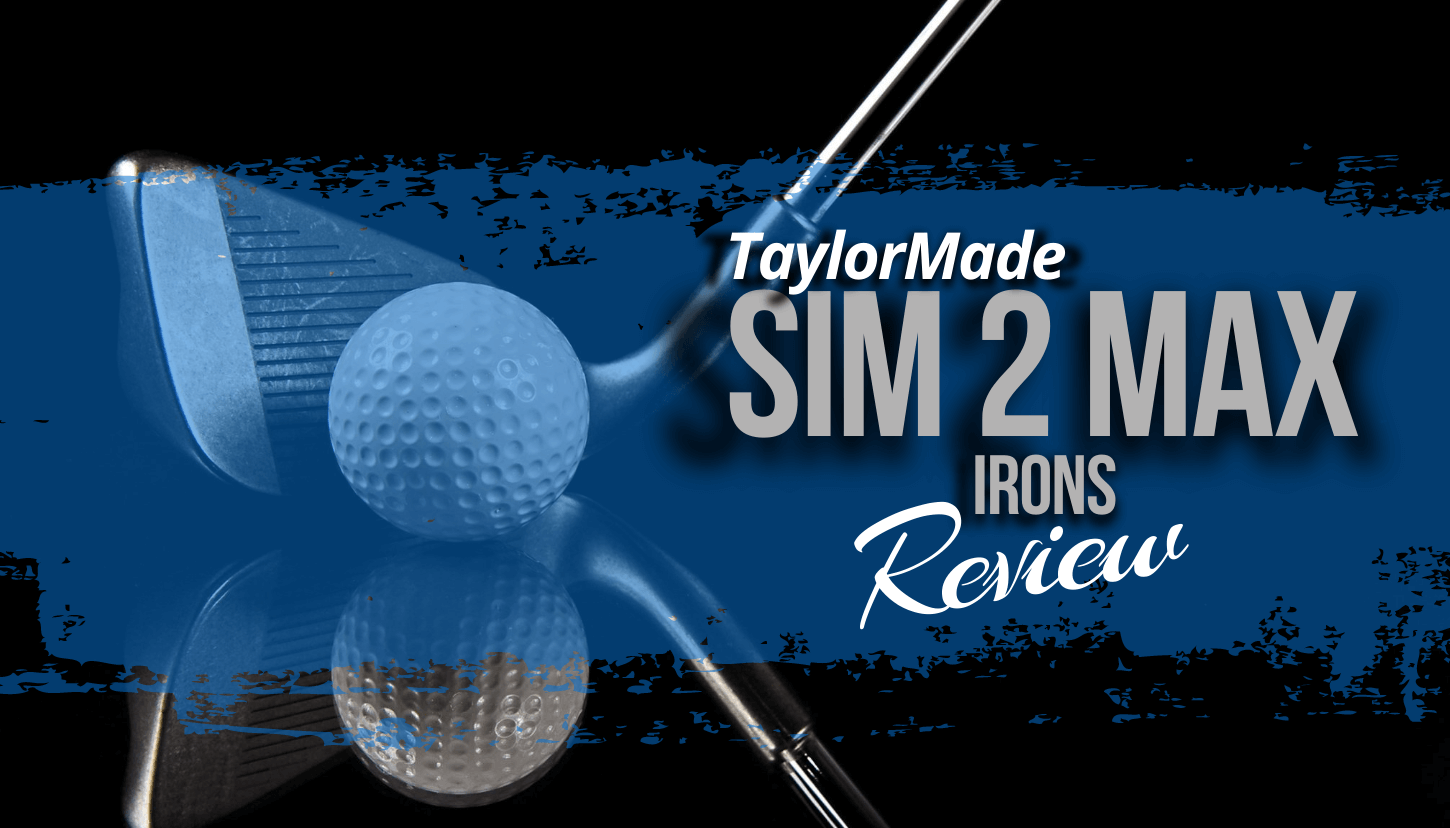 TaylorMade has established itself in the golfing gear market as one of the brands that consistently deliver qualitative, well-performing products. That’s why when the company announced the release of its Sim 2 Max irons, fans were thrilled to try the innovative features for themselves. However, since a set of these highly anticipated irons will make quite a dent in your wallet, it’s worth considering: “Do the added features justify the price?”.

TaylorMade Sim 2 Max irons are feature-heavy and very qualitative. They’re a great-looking set of irons that offers impressive forgiveness and an explosive, lively feel. However, their performance doesn’t differ that much from that of the OG Sim Max irons, so an upgrade might not be necessary.

If you’re looking for a comprehensive (yet concise) review of TaylorMade’s Sim 2 Max irons, you’ve come to the right place.

Below, you’ll find the newly released product’s most distinctive features, its pros and cons, as well as some insight on whether it’ll make a worthy investment for you (do the Sim Max 2’s make our best golf irons list?). Let’s begin!

The golfing gear industry today is more competitive than ever, which is why its leaders (e.g., Callaway, Titleist, TaylorMade, and so on) are doing their best to add strategic, innovative design features to their new releases.

The Taylormade Sim 2 Max Irons are a prime example of that. As you’ll see in this section, the attention to detail shown in the design of this release is nothing short of impressive.

If you’ve used or been a fan of the original Sim Irons, you’ve probably loved their speed bridge.

In this release, that feature was taken out and replaced with a polymer cap, which is supposed to help the iron reach faster speeds while remaining more stable.

With this release, TaylorMade opted for a compact, lightweight design, which is why you’ll find that the Sim 2s are smaller than their predecessors.

One of the most prominent features of these irons, which fans noticed right away, is the energetic, lively feel they provide. Some have described the sensation as somewhere between modern and traditional, as a crisp, mid-pitched sound gets produced upon impact.

Keep in mind that while, in this piece, I’ll be describing the explosive feel in a positive light (an opinion colored by my personal preferences), some golfers might rightfully consider it a drawback.

So, always view the information outlined here through the lens of your personal style and preferences.

The main difference marketed by TaylorMade between the old and new Sim Max release was the Cap Back technology used in the latter.

This concept refers to the very construction of the iron’s cavity back, designed in a way to increase stability while still allowing the iron to achieve great speeds.

This is made possible by what TaylorMade patented as “Speed Pocket,” which refers to a slot located in the bottom of the sole, a feature that increases flexibility and, in turn, improves speed. However, surprisingly enough, the iron is still able to reach impressive distances even though it’s more on the “flexible” side of the range.

Through this technology, the manufacturer is able to strategically distribute the thickness of the face, meaning that some areas will be thinner than others. That’s why these new Sim Max irons benefit from an expanded COR zone, which means that you’ll be able to get decent speed even on off-center shots.

Another feature that golf fans have now come to expect from the latest releases is an intelligent sweet spot, and the Sim 2 Max irons do not disappoint.

The implementation of this technology allows these irons to be some of the most forgiving on the market, which is why high and mid-handicappers can benefit a lot from their use.

As mentioned, the Sim 2s are notably lighter than their predecessors (and many of Taylormade’s other models, for that matter). However, how was the manufacturer able to achieve this without sacrificing durability?

The answer is: through the use of extremely lightweight polymers and high-strength stainless steel.

The innovative ECHO damping system is achieved through the iron’s hollow construction and the soft, high-quality polymer used in its construction.

Both these features allow for a greater contact surface between the ball and the head, canceling out any excessing vibrations without sacrificing flexibility.

I’ve already covered some of the qualities and features that make the TaylorMade Sim 2 Max irons a favorite among players and enthusiasts, but…

Having them in a concise list like this can better help you compare the benefits and drawbacks, ultimately allowing you to make a well-informed decision.

Here are some of the drawbacks of the TaylorMade Sim 2 Irons that you’ll have to take into account before deciding on making a purchase:

TaylorMade Sim 2 Max irons are perfect for high and mid-handicappers looking to refine their skills. So, if you’re looking for a forgiving set of clubs that’ll provide decent speed without compromising distance, these TaylorMade ones are ideal for you.

You’ll find these irons to be far less punishing for off-center swings than their predecessor, and best of all, the sound feedback you get is amazing.

I’ve already mentioned that this specific model is known for its unparalleled feel and sound. But what I’ve failed to discuss thus far is the fact that you can easily use the latter to determine off the bat if your shot was centered enough, depending on the area of the face upon which impact is made, the resulting sound will vary.

However, as discussed, if you’ve already bought the original Sim Max irons and are getting decent use out of them, an upgrade won’t be worth it. Sure, the later release does come with some cool added features; however, the difference in performance isn’t stark enough to justify investing in a pricey new pair of irons before the old ones have run their course.

With that said, if you’re a beginner looking for your very first set or an experienced player looking to graduate from your 5+-year-old one, then these TaylorMade irons would make a worthwhile investment, especially if you’re serious about improving your game.

TaylorMade created the Sim 2 Max irons with the average player in mind. They wanted to offer a set of classic, reliable irons that could optimize performance. These irons are qualitative and consistent, serving mid and high-handicappers very well.

So, if you’re still using a 5+-year-old set and are looking for an upgrade that can help you refine your skills, the Sim 2 Max Irons are an excellent choice. However, if you already have the OG, already great Sim Max Irons, I recommend holding onto them until you’re ready to advance to a more low-handicap-friendly set of irons.