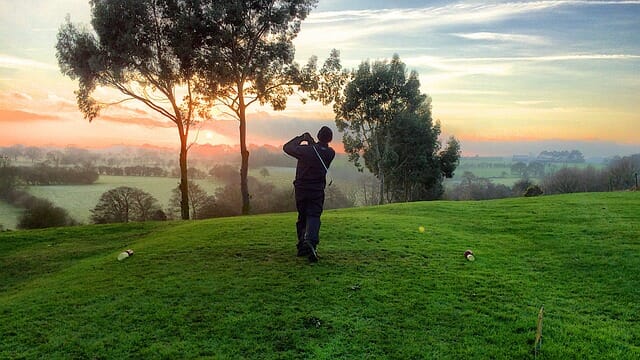 In this review we're going to be taking a look at the Z565 set of irons from Srixon (a very nice looking set of golf clubs).

The Z565 sit somewhere in the middle of a game improver club and a blade irons. So all of you mid to high handicappers out there should be very interested in these great irons.

We'll be walking through the PROS and the CONS of the Z565 set of irons below, while also showing you a very informative video review from 'The Average Golfer'.

We'll let you know what we think in summary at the bottom of the review. 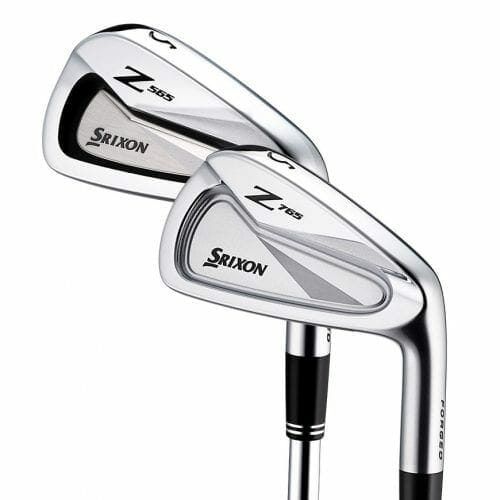 The Z565 Srixon iron set is one of the most dependable sets of irons you can buy.

For the average or improving golfer these clubs hit the mark on price, quality and performance.

They are a fantastic all round club.

Setting up to play with the Srixion Z565

We're going to concentrate first thing this morning on looking at the cavity back iron Z565 with it's forged head. It's a cavity back is aimed firmly at the mid handicapper.

We're going to get the clubs fitted regarding the right shaft for me, the average golfer and we'll see how these perform have a look at some numbers and some stats and see if we can get some good numbers out this new club from Srixon.

Okay, we're all set and good to go to the shaft option from the Srixon range are pro stiff shaft so again as close as I can get to the current shaft that I use with my current clubs.

So we should be good to go. Right regarding starting point, this is the cavity back looking at how it sits I would say it's a mid handicapper club. I think you can categorise this club for mid to high handicappers.

It's a case of giving them a go.

Its a forged head, so it's interesting to see what kind of feel we get, I'm a fan of the forge golf head, so I'm expecting to like this technology wise.

The image will give you a close-up on the side view, and basically, it's this v sole technology, it's very much a V groove on the bottom of the sole of the club.

Moreover, the idea is it's allowing you to get through that ball quicker with better contact and more consistency and strike between the club head and golf balls.

These irons have a 1020 steel body which give you the smoothest and most consistent feel when you hit the ball.

What's the Srixion Z565 look like in my bag and next to the ball?

So we'll see how that pans out regarding the aesthetics of the club I think it's a stunning looking golf club. I'm a fan of the high chrome finish, and that's precisely what you get with the Z565.

Notable from all irons that we've reviewed in the last few weeks is this sort of minimal markings regarding the go-faster stripes as I've referred to them in the past, so it's the brand name and the product code, but it's a very nice-looking Golf Club.

It's worth noting that this generation of Z565 Srixon irons has 5 percent bigger grooves on the face when you compare them to the previous set of irons. This will give you more grip and spin on your iron shots.

When the Z565 is sitting behind the ball, I'd say regarding the thickness of the top line it's somewhere in the middle of a blade and one of the game improver clubs that you'd normally see - so it's relatively compact.

When it's sat behind the ball, there's a reasonably sizeable hitting area. It's chrome with a more satin-finish in the middle, and when it sits behind the ball, it gives you a little bit of confidence.

Like I say there seems to be a reasonably large area to strike the ball from and that's probably where we'll see the difference when we go to the blade.

Right, let's stop talking for a little while and see how we get on with it and hit some golf balls. So are we good, we're all set to go all I need to do is try and do the club justice.

I've started poorly by slicing one across, so we'll start with a lousy shot and see what happens from there's. The one thing I've noticed through my performance which was a high launch angle.

Right, let's have a look at where I'm going now and see if we can do a bit of a better shot. A little bit better this time and I get one good strike but also online - that's the Holy Grail isn't it? T

hat's left of target, it's a vast carry for a long time, and I'm not hitting unusually high at the moment, but you can tell this is undoubtedly down to me performance-wise.

If I could run the ball straight, we might have a better claim on the performance of these clubs, but I'm struggling at the moment. In the first two balls that I've hit like I said the actual strike regarding distance alone is extremely impressive.

So the Srixon Z565 irons are nice to hit, and it's just a shame I'm not doing them justice concerning direction but the feel of the club, and don't forget there's a cavity bar and it's a forged head, it's gorgeous concerning the feel.

I can't be critical of the club like I said; I'm not doing these clubs justice because I'm spraying them around a little bit.

What did we get in terms stats, that was a considerable hit 184 yards again for me so six iron would generally be 175 yards area.

So that's quite an increase concerning distance. It's a beautiful feel from the golf club I like the sound as well, and it's kind of like from a cavity back and I think this is where again cavity back with forged head and the feel and the sound is superb.

It's a very inconsistent ball striking day for me so let's try one more.

That's a colossal hang time isn't? Oh, an excellent job we finished up with one straight. I was determined to do that because my swing has not done these clubs justice at all this morning to ignore the left and right.

Should you pull the buy trigger on the Srixon Z565 irons?

These clubs have not got anything to do with my poor performance today because I've hit 175 yards carry pretty straight with that one.

The only negative I suppose concerning my performance today is me, but looking at the ball striking maybe that's got a lot more to do with it.

So finally, as I've said the Z565, I love them, and I've enjoyed them even though I've not hit them particularly well on camera, so that tells you quite a tale, to be honest with you.

I like the look, feel sound and performance of this club. I said if I tightened up my swing a little bit, our distance was spot-on plenty of help out of the club face even with all the bad shots there was still plenty of carries.

I like these clubs; it's a thumbs up from the average golfer.

2. Are these irons available in a left handed setup?

Answer: Yes they are

The Z565 Srixon iron set is one of the most dependable sets of irons you can buy. For the average or improving golfer these clubs hit the mark on price, quality and performance. They are a fantastic all round club.

The cavity shape gives you a confident feel setting up for any shot on the fairway or in the longer grass, with the Z565 Srixon iron set you'll be ready to face any challenge on the course. And enjoy every minute of it!

As we have mentioned these irons are great for high to mid handicappers - if you are just starting out then check out our Best Gold Drivers for Mid Handicappers article here.

Also why not check out our Golf Club Category Page where you will find all of our individual cart reviews.

No results have been returned for your Query. Please edit the query for content to display. 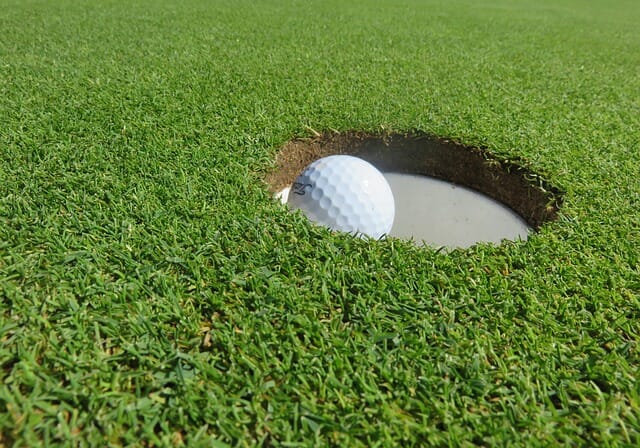 The Cleveland Golf Men’s Launcher HB Iron Set is the most forgiving, and one of the most easiest iron sets that we ever tried.It features a hybrid full hollow construction that creates lower and deeper center of gravity that helped us hit the ball up in the air while feeling more forgiveness and better control… 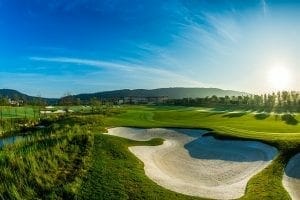 The Callaway Golf 2018 Men’s Rogue Individual Iron is one of the most modern golf clubs today.  Does it offer great playability? Yes.Is it easy to launch? Yes. And is it worth your every penny? Definitely yes.Featuring a variable thickness that overcomes any issue between certainty boosting plan and versatility. This golf club will surely give you an… 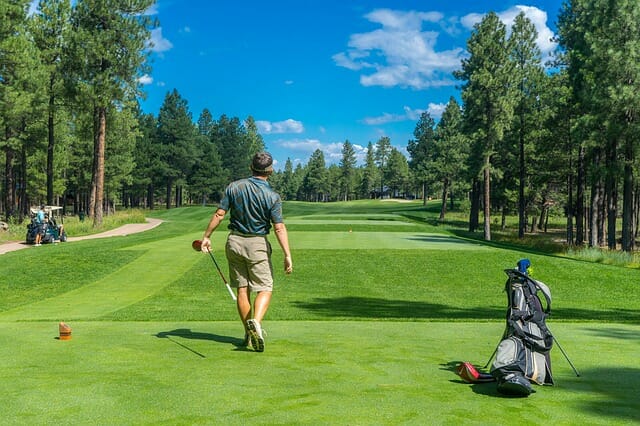 Looking for a balanced blend of sought-after characteristics that will give you better shots? The Callaway Golf 2019 Apex Individual is what we want to recommend for you.The perfect combination of extremely soft feel, crisp sound, and unbelievably long but forgiving golf club. The Callaway Golf 2019 Apex Individual Iron exhibits platinum chrome with a…

If you liked the previous TaylorMade Iron series, then there’s no reason for you not to LOVE the TaylorMade Golf M6 Iron Set.Named as one of the longest and most forgiving golf clubs on the market this 2019.The TaylorMade M6 is designed especially for every golfer who wants maximum distance and forgiveness from their iron… 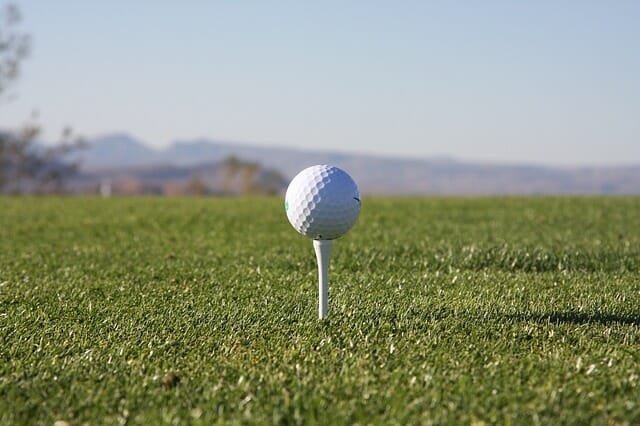 Let’s be honest, the Rogue Callaway Irons look… well rogue. They are pretty unique in their design (we think they look out of this world), but does that match up to performance? In short – yes. However, we do have some important considerations to tell you about too – hence this review… Below, you will find a handful… 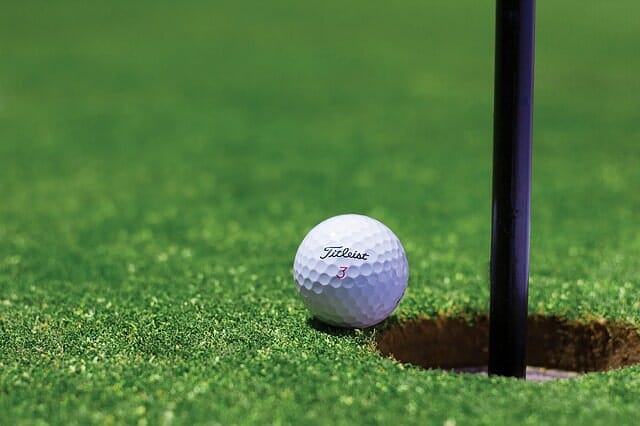 A mid handicapper is a category of golfer; one who has a handicap falling in the 7-20 range. These golfers can break 90 occasionally and shoot the 80s quickly. It is a broad selection, although the target remains the same. Mid-handicapper irons must be able to do the following:Proceed the pitching wedge or the sand wedge.Have an… 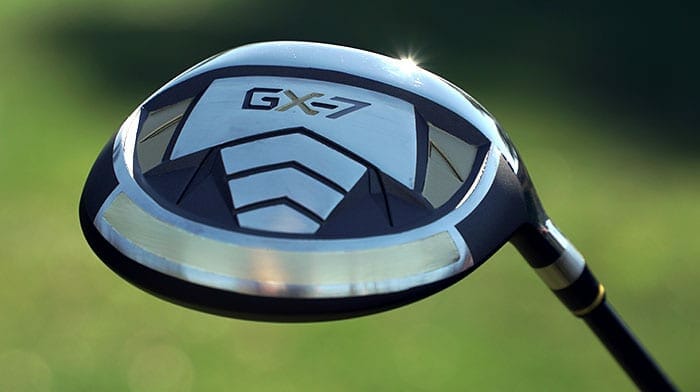