Miss a Shot But Never Miss The Rules!

There’s more to golf than just swinging and journeying across the golf course. It allows us to be competitive while enhancing one’s ability. It gives pleasure to every player, especially when winning a game. Moreover, such sport is therapeutic and definitely a good stress reliever. 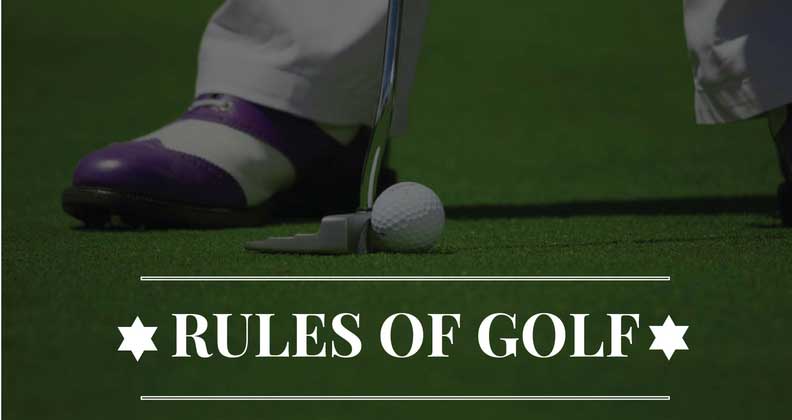 Like every game, golf too has its rules to follow, so everybody will be fair in playing. It does not matter if you miss some shots, what matters is how you made a fair game. Being fair and honest makes you a real golfer.

Wanna be a real golfer? Take a look at the following Rules of Golf!

6 Good Rules of Etiquette while on the Golf Course

Taking Care of the Course

As we have said, playing the game honestly and fairly is more important than having more shots but not following rules. Hence, in order to achieve a successful game, one must follow the rules.

The famous action in playing golf is stroking the ball from the teeing ground into the hole.  The objective of the game is to shoot the ball to the hole.  There are lots of rules in this game.  It is recommended that one should undergo a tutorial if he/she is planning to engage in this sport.

Known as the Match Play, this game is played where each hole is a contest. If you win the first hole, then you get a score. If you lose it, your opponent gets it. You will race for more shots until the last hole. In this game, you and your opponent are the only players.

In this particular game, the competitor with a lowest total score for the agreed number of rounds is the winner.  You have to get the ball into the hole before starting on the next hole.

The maximum number of clubs you can carry on the golf course is 14.  You cannot carry more than the maximum number. The balls are not usually changed during the game except for damages.

Every player should be responsible.  Before the game, he/she should read all the notices sent to him by the tournament officials.  A player should also always be sure to double check his tee time.  To make sure that you are playing with your own ball, be sure to write a mark on it so it will not be exchanged with other balls.  Additionally, you have to check your score before recording it.

During a play, you are not allowed to talk to anyone except your caddie or partner.  You can ask for advice from him/her.

The player who has the lowest score has the right to play first on the next hole. When playing a hole, the player whose ball is the farthest from the hole plays first.

You should inform your opponent of the number of strokes you have taken.

Tee your ball between the tee markers or a little behind them. There are times when you  your ball may accidentally fall off the tee before you have taken a stroke. You can replace it without penalty.

Whenever your ball falls into a hazard area, you may lift your ball to identify it anywhere.  Of course, you cannot lift any hazard or change the position of the ball.  Others may think you are taking advantage of the situation, and trying to get a chance to play better.

You are only allowed to strike a ball with the head of the club.  Do not push, scrape, or rake the ball.

There is no penalty if you play and the ball strikes the flagstick in times when your ball is off the green.  The non-penalty rules only apply when no one is holding the flagstick.

You should always be careful when moving your ball. If you, or your partner, or even your caddies, move either of your balls accidentally, or for a purpose, you should replace and play it.

Consequently, if your ball is moved by someone or something other than you, there is no penalty but you have to replace it.

The ball should not be touched. If you are going to lift your ball because the rule says that you have to replace it, you must put a marker behind the ball before you lift it. In dropping the ball, you must stand straight, hold your arm straight at your shoulder height and drop it. If you have dropped the ball, and the ball rolls into a hazard, you must re-drop the ball.

Movable obstructions may be removed. If the ball moves, it is to be replaced without penalty.

You may also drop your ball away from an immovable obstruction if it interferes with your swing. In this case, you may find the nearest point, not nearer the hole, that you can play from.

Whenever you are allowed to lift the ball, you can always clean it; however, when you are in a green, you may not clean the ball as you lift it for identification purposes. It may interfere with another player.

There may be times when another ball interferes with your play or may be in your putting line.  You may ask the player who owns it to lift their ball.  You are not allowed to do the lifting yourself.  In the same way, when your ball goes to another player’s line, you lift the ball for him/her.

When you are caught with casual water, or any temporary puddle caused by rain, you may either play the ball as it lies or find the nearest place, not nearer the hole.  Drop the ball from shoulder height and make a swing, aiming towards the hole.

Your ball will be declared as LOST if it is not found after five minutes.  You may play from the place where your first ball was played.  You have to inform your opponent that you are playing with a provisional ball.

The above-mentioned rules are the basic ones. Such rules are helpful to every player. Always remember that even if you did not have the winning score, as long as you played the game fairly, you are a winner. 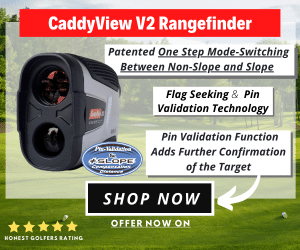